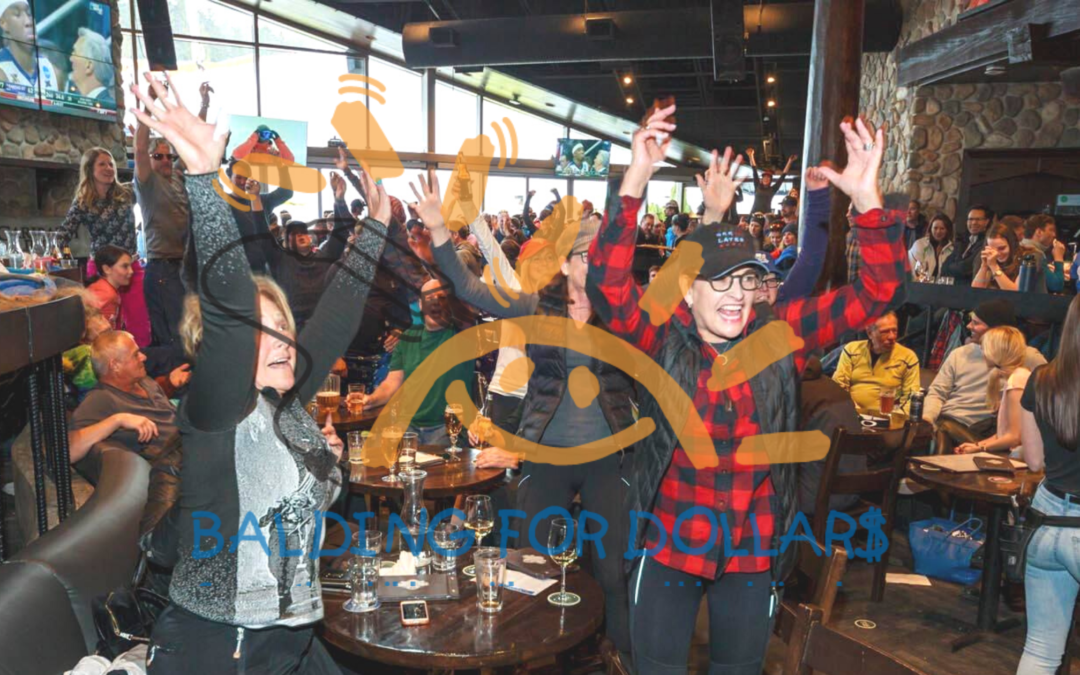 Their hair that is!

With a pandemic stealing their event thunder for the second year in a row, the Whistler Friends crew along with Hosts Dave & Wendy Clark, and their team of supporters didn’t skip a beat however when they rallied their community for the 19th Annual Whistler Balding for Dollars event. Even though we couldn’t rock out at the Garibaldi Lift Co. with The Hair Farmers tunes providing the soundtrack; 14 amazing participants still committed to shaving their heads and raising funds for families at BC Children’s Hospital going through childhood cancer or blood disorders. They just had to get creative out in the cold and clip every last hair themselves!

Whistler never fails to amp up the fun on their event either, whether in person or not!

They had a participant, Geoff do what we believe is the first ever, goatee-only shave. Though a small amount of hair gone, the funds raised weren’t! And I hear it was a big deal to let that beautiful soul patch go! 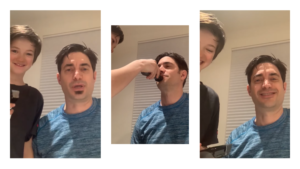 They also had Rajan Das, with an impressively huge pandemic (I mean playoff?) beard participate. It’s amazing what can be hiding under a mask for a year! Rajan joined Whistler Friends for his 19th shave this year. Yes, you read that right- Rajan has been a loyal and maybe longest running annual participant (alongside host, Dave of course!). That’s a lot of hairs shaved, money raised, and a big heart to have over almost 2 decades! We’re pretty sure Rajan has one of the orignal Balding event t-shirts still in wearable condition. We’ll have to get him to bring it out for next years milestone event. 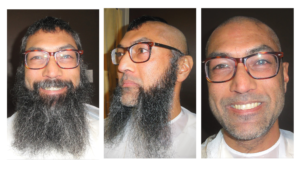 Local Celeb, Max sheppard of Mountain FM even joined the crew with his wild idea- raise a thousand. Each $100 over raised, and he’d keep the most voted-for “shave style” for an extra day. Well you can imagine no one was going to let the opportunity to witness that pass, and drag it out as long as possible of course. Max ended up with a trendy fresh Skullet with the help of Concrete Blonde Studio, and because he raised just over $4000, he’s rocking it for 30 days! What a great sport. 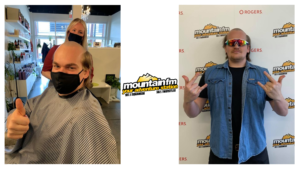 And Chris “The Mountain Man” Eyres. In all his ginger glory! Buzzed off for a great cause. 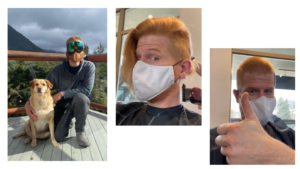 And then of course there was Dream Team Al Paul all going under the razor for the cause. And here’s what they had to say about joining in.

“Eight years ago, AL PAUL started taking part in balding for dollars after he experienced first hand the effects of cancer treatments. As radiation took his energy and chemo picked away at his imune system, he struggled with the thought that every day little kids are facing the same invasive and frightening journey. Al’s brain cancer returned in 2019, and frankly got a little agressive. He’s in palliative treatment now – but the Mountain Man is still skiing with friends on the really good days, and sticking with the hopeful traditions he has cultivated over the years, like his annual close-shave-fundraising-haircut. Seven years ago, 4 year old COLT PAUL joined his dad onstage to “Shave for the Brave”. His mother tried to talk him out of it, but he said he was doing it for “his daddy and his friend Nadia who left daycare to go fight cancer”. Colt and Nadia are now in the same grade 5 class together (yay!).Last year, a new Paul joined the tradition. ANDREW PAUL is shaving his head, mustache and muttonchops in solidarity with his Whistler family, in support of his Uncle Al, and in memory of his mom’s best friend Colleen, who lost her battle last month. ODEN MACLEOD has watched his best buddy Colt participate in Balding for Dollars year after year, and decided 2021 was the right time to join his friend in the challenge. Having a loyal best friend by your side is good medicine for a 10 year old whose Dad is fighting cancer. Having that friend shave his head in soidarity with you is a battle cry: ‘Dude, I got your back. Let’s always do silly things to make life feel better’. Speaking of having someone’s back, WB has The Mountain Pauls back! Whistler Blackcomb COO GEOFF BUCHHEISTER joins Team Paul this year. Shave his whole head? Nope, that wasn’t what we had in mind when we reached out and asked Geoff to sacrifice a little bristle, and yet he still said yes: Help us meet our fundraising goal and Geoff will be shaving his famous soul patch (the power chin, the lip legging)! Karen Davies was Colt’s teacher in 2019. He loved her then and he loves her now. POWERFUL, loving woman. Rounding off the group is a story that resonates with why we are all charging the clippers and sharpening the blades. JEREMY VALERIOTE, another Team Paul newbie, knows this cause like he knows why his own heart beats. He is shaving his head for his daughter Rose, one half of beautiful twin sisters, and a thriving survivor of childhood cancer. How is a seven year old a superhero? You beat cancer at 3 years old. How do you do it? When good people like you donate to organizations like the BC Childrens Hospital Fund.” 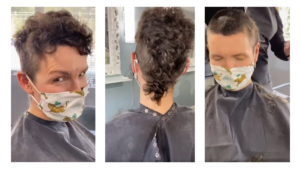 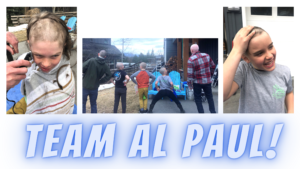 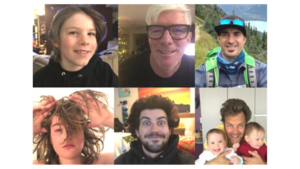 Thanks for helping us raise $31,217.00!!! We can’t wait to get back to this next year! Here’s hoping for Whistler’s 20th Annual Milestone event to be as successful as ever! We hope you’ll join us and the Whistler Friends Crew. 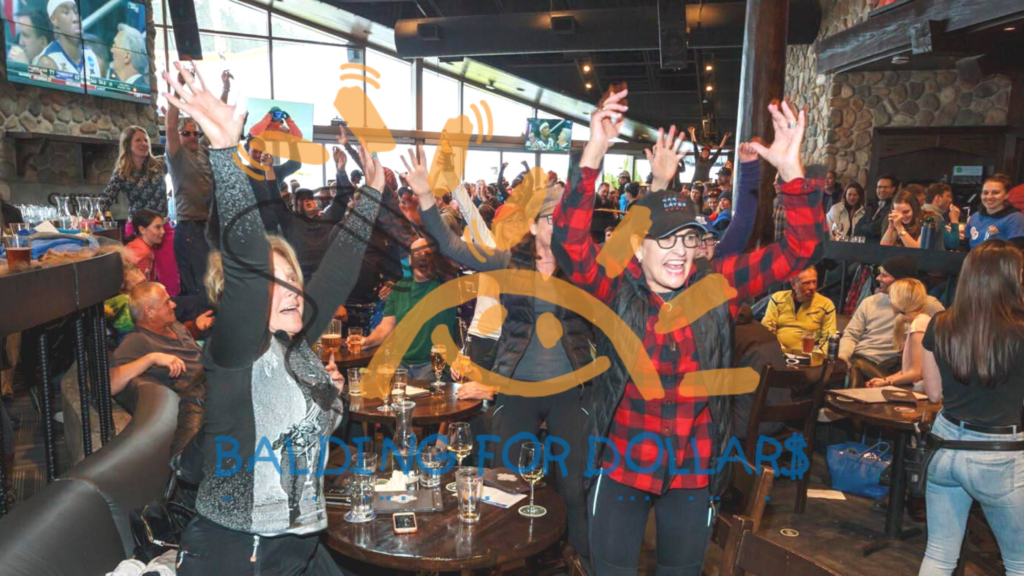 Special thanks to all of the donors, the Crystal Lodge for hosting their silent auction virtually and raising over $3000, Pique Newsmagazine, Blackbomb Barber,  Mike & Amy from FTC Property Services and the other supporters mentioned throughout this blog!