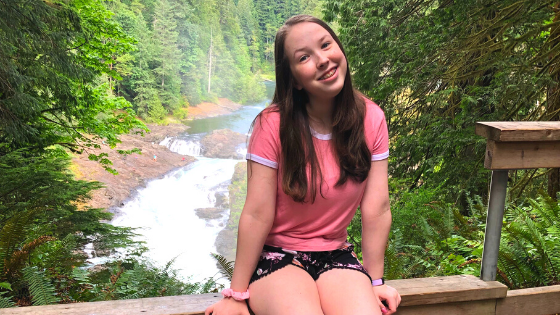 When I was a young kid, I was always healthy. I rarely got colds, and maybe had a few ear infections as a toddler. That all changed when I got diagnosed with a rare form of cancer called germ cell tumour at age 14. My diagnosis was fast, and I was pushed into the cancer world with little time to adjust. Within a matter of days from the first time I went into the emergency room, I stopped going to school, had multiple scans, a biopsy, and I had started the long and hard treatment plan my doctors had made. Over the course of a year, I went through several scans, 8 week-long chemotherapy rounds, two stem cell transplants where I was isolated in a tiny hospital room for two months in a row, two major tumor removal surgeries, and several small surgeries. 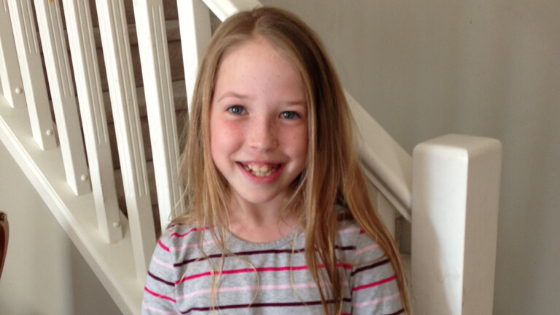 One of the worst things about my diagnosis process was being told “you’re going to lose your hair.” My hair was one of my favourite things about myself, almost like it helped identify who I am. In the end, though, I knew what I had to do to save my life. If that meant having chemotherapy and losing my hair, that is what I had to do. I had gone through 2 week-long rounds of chemotherapy before my hair was in knots and falling out in every which way. I eventually got so upset and annoyed over the state of my hair that I shaved it off on December 30, 2015. Eventually, I became comfortable without my hair. I wore lots of hats and hoods to cover my head. In January 2016, I had an appointment to get my wig through [Wigs for Kids]. In February, I received my wig and it was better than ever. I really appreciated how much time, effort and care was put into both my consultation for my wig and into the actual wig. 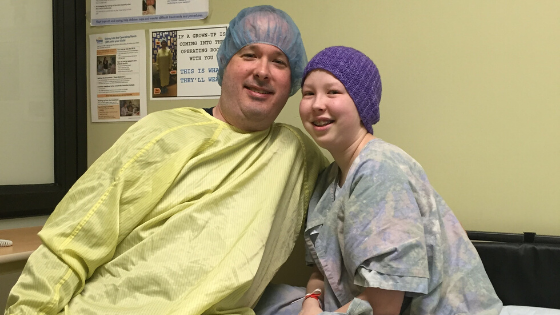 Throughout my treatment, I did not wear my wig much as I was always in the hospital and did not care about the fact that I was bald there. However, when I had finished chemotherapy in August 2016 and was on the verge of going into remission, I had to go back to school to start my grade 10 year. The thought of going back to school was extremely anxiety inducing. I did not know how many people knew about my cancer and I did not know how my classmates would react to me coming back to school after not being there for a year. One thing I did know is that I would not go back to school without wearing my wig. My wig was one of the biggest things that helped me transition back into the “real world” that is high school. Nobody suspected that it was a wig because it looked so much like my real hair. Everyone welcomed me back to school with open arms and the teachers and other staff were extremely supportive of my situation. Although my wig was such a small thing, it helped me transition into my new life after cancer and I could not be more grateful for Balding for Dollars. Not only do they raise money and donate hair to give cancer patients wigs, but they support us cancer patients and cancer survivors and they care for and empower us to conquer our new lives. Whether it be a new life as a cancer patient, or a new life as a cancer survivor, we are changed significantly and Balding for Dollars is extremely helpful throughout the transition. 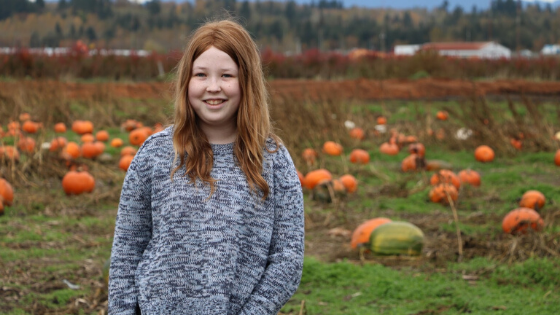 Even now, almost three years since I finished my treatment and almost four years since I received my wig, Balding for Dollars has continued to support me through their bursary program. They have helped me take one step closer to becoming a registered nurse and I could never be more grateful for the support they have shown me while I pursue my dream in school. I love that Balding for Dollars is able to not only help cancer patients, but also able to help cancer survivors even years after they were in treatment just as they have been able to help me.